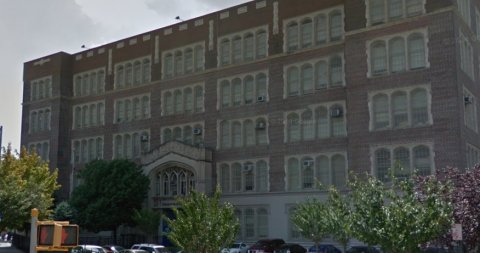 Students at I.S. 93 in Ridgewood will be getting a lift from the School Construction Authority (SCA) in the form of an elevator — and a bevy of other upgrades — to improve the school’s accessibility for students and people with disabilities.

The elevator project, which is part of a large exterior modernization job for the school that will commence in the fall, comes complete with upgrades to all three buildings of I.S. 93 that will make them ADA (Americans with Disabilities Act) accessible.

Michael Mirisola of the SCA made the announcement of the project alongside Assemblywoman Catherine Nolan at the Ridgewood Property Owners Civic Association (RPOCA) monthly meeting on Thursday, May 4.

“We will be making the building accessible,” Mirisola told the attendees. “Not only your auditorium, but the gymnasium, and all the multipurpose rooms.”

Plans call for the elevator to be constructed in an outdoor alcove along the exterior of the school. As part of the undertaking, SCA will also be widening all the doorways to at least 36 inches, the standard width for ADA accessibility; making the bathrooms, library, and all other multipurpose rooms ADA accessible; and installing ramps and lifts for the gym and auditorium.

“It makes such a difference,” Nolan said. “For anyone who has a child in a wheelchair, a child with a disability, it is so important if that child can attend a regular school with their peers.”

The project is expected to kick off this fall, but there is presently no timetable for its completion, as the SCA must work around the school’s schedule with after-school and summer programs, Mirisola said.