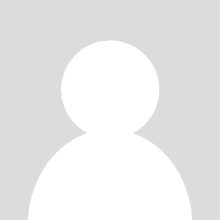 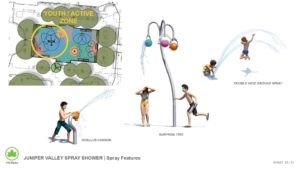 Things will soon be getting wetter and better at Juniper Valley Park in Middle Village.

The city’s Parks Department unveiled plans during Community Board 5’s (CB 5) monthly meeting on March 8 to reconstruct the spray shower at the Juniper North Playground, located off the intersection of Juniper Boulevard South and 78th Street.

The spray showers that will be receiving the facelift are adjacent to the bocce courts and comfort stations. This $2 million project will overhaul the entire spray shower section with new flooring, water play devices, additional seating and a newly reconstructed drainage system.

One major change coming to the spray shower area is the removal of the rubber mats, which have begun to deteriorate due to excessive water use. The Parks Department will replace the broken rubber mats with colored concrete to match existing structures around the park.

The reconstructed area will be split into two sections: a youth and active zone — which will incorporate more upright spray elements such as water cannons, buckets to dump, and some ground spray elements — and a child and family zone, with mostly ground sprays and shorter sprays for younger children.

“At the scope meeting, it was also brought up that you would like this part of the area to be open and flat for other activities that might go on in this space, such as tai chi or other performance type things that might go on here at some point,” Dewey said of the child/family zone. “So this side of the spray shower will be mostly left open without a whole lot of upright obstructions.”

As part of the project the current perimeter fence will become a lower, 2.5-foot steel fence in order to increase visibility into the area. The entrances to the spray area will also be reconfigured, bringing them to grade to eliminate the need for ramps, while keeping the space ADA accessible.

The Parks Department noted that the spray shower area will be open for use this summer.

The design phase for this project is expected to be complete by the end of 2017. Construction is planned to start in the late summer of 2018, and is expected to last for one year.