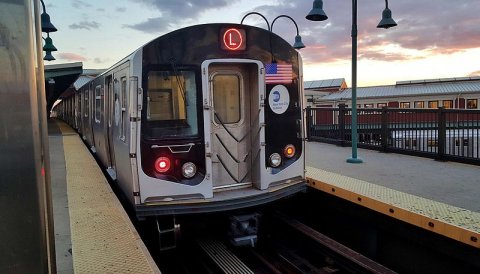 With the closure of the L train steadily approaching, the MTA is coming to Ridgewoodto answer questions and talk to local commuters about their alternative transportation options.

The MTA announced on March 30 that in response to local requests, it has added an open house about the L train reconstruction project to its outreach efforts. The open house will take place at the Greater Ridgewood Youth Council — 59-03 Summerfield St. in Ridgewood — from 6 to 8 p.m. on Thursday, April 12.

Open houses have already been held in Williamsburg and Manhattan, both of which are expected to suffer the most from the closure of one of the city’s busiest subway lines. But Ridgewood could prove to be the most affected area in Queens.

The Canarsie Tunnel, which carries the L train underneath the East River between Brooklyn and Manhattan, will close for 15 months beginning in April of 2019 for extensive repairs. Although it is still considered safe for use right now, the tunnel was flooded with saltwater during Superstorm Sandy, causing corrosion of cabling, circuit breakers and power and track equipment. Performing the repairs next year is a precaution meant to keep the tunnel from becoming dangerous.

The L train only cuts through a small section of Queens between the Wilson Avenue and Halsey Street stops, but thousands of Ridgewood residents live within walking distance and use it as their main line to Manhattan. Even more Queens commuters are brought to the line from the M train, which runs through Ridgewood and Middle Village and connects with the L train at the Myrtle/Wyckoff Avenue stop.

The M train has also been undergoing repairs in anticipation for the increased volume next year, and it is set to return to full service by the end of this month.

During the closure, the L train will still run between Bedford Avenue and Canarsie in Brooklyn, but the 225,000 people who use the train to get into Manhattan every day will have to find another route.

The MTA developed a mitigation plan to provide alternative travel options for those commuters, and representatives from the agency made the trip to Glendale to discuss the plan with the Community Board 5 Transportation Services Committee at the end of February.

For starters, subway service on the G, J, M and Z trains will increase, with J and Z trains running local from Myrtle Avenue to Marcy Avenue. The M train will run all the way up to 96th Street and Second Avenue on weekends and overnights. There will also be free MetroCard transfers between the following locations:

Bus service will also be expanded, with additional buses running from the Grand Street and Bedford Avenue stops from the L train into Manhattan over the Williamsburg Bridge. The bridge itself will also need adjusted traffic rules to deal with the increase in volume, so it will be restricted to buses, trucks and HOV 3+ only.

There will also be a ferry service between the shore of north Williamsburg and the east side of Manhattan for those who live closer to the water. As of now, there will be no buses that drop passengers off at the ferry.

The MTA strongly encourages citizens who are concerned about any of its alternative transportation methods to come voice their opinions at the town hall meetings while there is still time to make changes to services.