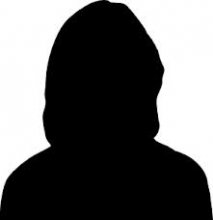 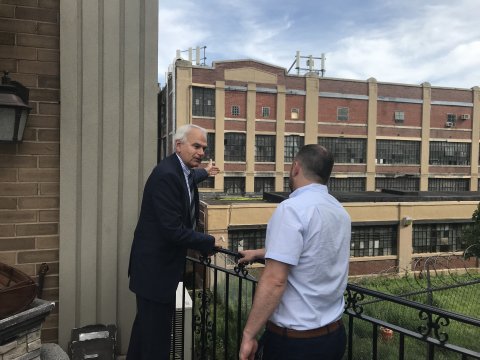 This article originally appeared on qns.com and was written by Ryan Kelly

According to a press release from Holden’s office, the councilman hosted Department of Homeless Services Commissioner Steven Banks, Deputy Commissioner Annabel Palma and Council Speaker Corey Johnson in his Middle Village office on Aug. 3 where he proposed that Banks find alternatives to the potential shelter location at 78-16 Cooper Ave. Johnson, who helped facilitate the meeting, also visited the site with Holden before the meeting.

“Upon learning of a proposal for a men’s shelter in Glendale, I immediately requested a meeting with the mayor and his administration to express once again my steadfast disapproval of this location, and that it would in no way be an option,” Holden said. “The speaker was gracious enough to sit in on the meeting, and I sincerely thank him for that, along with his continued support.”

The meeting came after Holden announced on July 27 that a proposal for a homeless shelter at the former factory was once again in the works, though it is not finalized yet. The community previously fought back in 2014 against a proposal for a shelter to open there, and the Department of Homeless Services announced it was no longer considering the site earlier this year.

When he spoke to QNS on Aug. 6, Holden said that Banks and Palma seemed receptive during the meeting, and they apologized for never responding to the councilman’s request to use a site on Cypress Avenue for supportive housing. Yet, Holden said the commissioner was also genuine about how difficult the challenge of housing the homeless is today.

In fact, DHS is looking for more locations in addition to the Cooper Avenue site within Community District 5 (Ridgewood, Glendale, Maspeth and Middle Village) to house the homeless, Holden said.

Holden’s main point, which has been echoed by many elected officials in other homeless shelter controversies, is that he should have a seat at the table when shelter locations are being discussed. The councilman said he is looking into legislation to make that mandatory.

He also told Banks that the community will never accept the Cooper Avenue factory as a homeless shelter, and they will likely protest and file a lawsuit like they did to win the first battle.

“[Banks] knows that and would rather avoid that,” Holden said.

Holden said that his preemptive efforts to speak to the stakeholders in this case are meant to avoid the need for protest. If it comes to that, however, Holden said the community is well equipped due to their past battles and his new seat in the Council, and together they are “more formidable than last time.”

“I cannot emphasize enough how absurd it is to place a shelter at this location,” Holden said. “It is a nonstarter and I stand ready to fight with the community against it.”

When asked for a comment on the status of the Cooper Avenue proposal and Banks’ impression of the meeting, DHS spokesperson Arianna Fishman said “we cannot discuss proposals that are still in the procurement process, as proposals in procurement are not final/have not been approved.”

“No final determinations have been made regarding use of this location,” Fishman added. “We will promptly notify the community board, elected officials and community residents if this changes.”