How much do you need to make to live in these Queens neighborhoods? 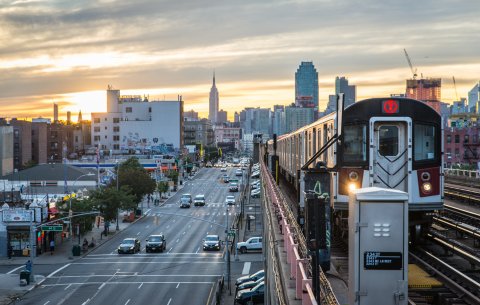 How much do you need to make to live in these Queens neighborhoods?

Helpful info for anyone currently apartment searching in our area!

This article originally appeared on qns.com and was written by Angela Matua

It’s no secret that rents in the city are rising.

Studies show that in the past seven years, rents have risen twice as fast as wages in New York City and landlords usually ask a tenant to pay at least 30 percent of his or her income.

Using data that outlined the median asking rent for the third quarter of 2017 and median income for households in Queens in 2016, real estate website StreetEasy mapped out how much a Queens resident should earn to live in a specific neighborhood.

If you’re looking to rent in Fresh Meadows, the study shows a household must make at least $110,000, or 76.8 percent above the borough’s median income. Other neighborhoods in northeast Queens such as Whitestone and Little Neck also topped the list.

In neighborhoods like Long Island City, where rentals are constantly being constructed, the median asking rent is $2,570, requiring a household to make at least $120,000, or 65.3 percent more than the borough’s median household income.

StreetEasy acknowledges that some renters do not pay market-rate rents because they live in rent-controlled or rent-subsidized apartments, affordable housing or public housing or may have leases set at lower rates. Many New Yorkers also take on several roommates to help alleviate the cost burden.

“So while comparing market-rate rents with borough-wide incomes is not a perfect match, it gives insight into the struggle for affordability in the NYC rental market by showing what a household must earn to rent a market-rate apartment in a given neighborhood,” said Mariela Quintana, researcher at StreetEasy.