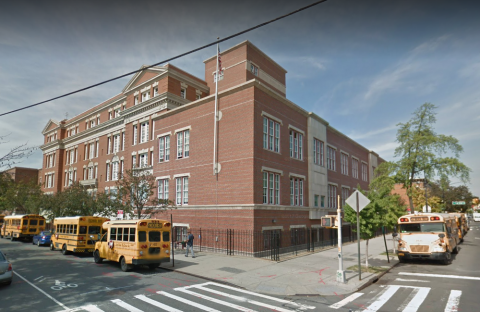 Despite School District 24 being the most overcrowded district in Queens, a huge decline in enrollment at one elementary school in Ridgewood could be indicative of a shift in neighborhood demographics.
On June 27, Department of Education (DOE) spokesman Doug Cohen confirmed that P.S. 88 on Catalpa Avenue will have to lay off nine teachers due to a decline in enrollment of 100 students for the 2018-19 school year. Cohen explained that while enrollment for the 2017-18 school year was 941 students, that number is projected to fall to 841 next year.
Since schools receive budget allocations based on the number and needs of their students, the resulting budget cuts for next year meant that teachers had to be let go, Cohen said.
“The school will continue providing the same level of services for the upcoming year and we’ll ensure that the needs of students are met,” Cohen said. “Staffing decisions are made after a careful review of the needs of the community, and we’ll support those who are not returning to the school to find another position in New York City schools.”
Yet, according to the DOE’s Fair Student Funding records online, P.S. 88 is far from the only Ridgewood school to be hit with budget cuts.
Records show that P.S. 68 will lose $212,675; P.S. 71 will lose $396,403; P.S. 239 will lose $217,822; P.S. 81 will lose $435,371; P.S. 305 will lose $102,968; and I.S. 77 will lose $33,374. That list includes all but one of Ridgewood’s elementary schools.
According to Pat Grayson, chair of the Community Board 5 Education Committee, the declining enrollment and budget cuts at elementary schools is a direct reflection of the changing age demographic in Ridgewood.
“In actuality, people got up and moved away,” Grayson said. “Millennials are the people who have children when they’re 42 … people who are buying here don’t have a family yet. The point is, the neighborhood is no longer an old person’s neighborhood.”
To Grayson’s point, while the age distribution in Ridgewood is spread fairly evenly, the largest portion of the population is the 25 to 29 age range at 9.7 percent, according to the Department of City Planning.
Grayson added that the only possible solution she can think of to deal with the budget cuts would be to merge schools into K-8 settings, but in Ridgewood there wouldn’t be enough students to fill those buildings, she said.
QNS has not yet been able to confirm whether or not there will be more teachers laid off at the other Ridgewood schools experiencing budget cuts.